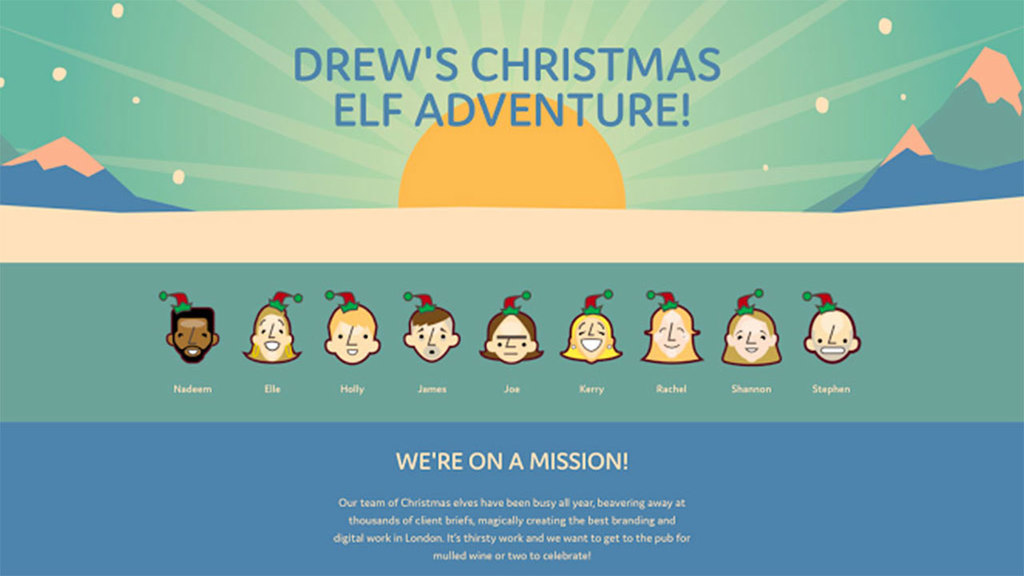 The New (Kind Way) to Throw an Office Christmas Party

Last year, UK companies spent over £1 billion on Christmas parties. See how one creative agency is turning that around to something better.

Last year, UK companies spent over £1 billion on Christmas parties, to put this in perspective Londoners donate approx. £2 billion per year to charity. Yes, half of what we donate as a whole country annually is spent in one hit and that doesn’t even factor in Secret Santa’s and Christmas bonuses.

Imagine, if companies embraced a culture of giving. I’ve seen some lovely examples of this but it remains the exception rather than the norm.

Instead of an office secret Santa, we're going to buy everyday things needed by a local homeless charity - such a good idea.

Support our christmas appeal! Don't waste money on clients this Christmas. Give it to children in India instead. https://t.co/wcrHydUD44 pic.twitter.com/Wg0b3IsWqu

We’re not suggesting that you don’t celebrate Christmas with your colleagues, we’re all for having fun but we think there’s a huge remit for creative agencies to be creative about the way in which they celebrate it.

Many of the examples above revolve around giving money but time is an equally valuable investment. Imagine companies serving rather than being served this Christmas, with those at need at the centre.

On, Wednesday 21st December, an agency in London will be doing just that. During the day they will donate a combined total of nearly 80 hours to those in need. Exactly how that time is spent will be decided by those who pledge wishes to their Christmas site before and during the day.

“One of our core company aims is to deliver happiness, to our clients, their customers and to our teams. I’m really proud that the Drew team have extended this to our local community and those in need this Christmas, we hope this will inspire our clients, friends and partners to do the same”

This project has benefited us as an agency to, providing a light reprieve from client work and total creative freedom and ownership over our creative and technical decisions.

Holly is a Delivery Manager at Drew London a branding and digital communication agency in London. In her spare time she likes to drink posh coffee, listen to Spotify and explore new places. Find her at @projectdavis

FEBRUARY 9, 2017
To make a party help charity, everyone coming could donate a bit of money that goes to charity