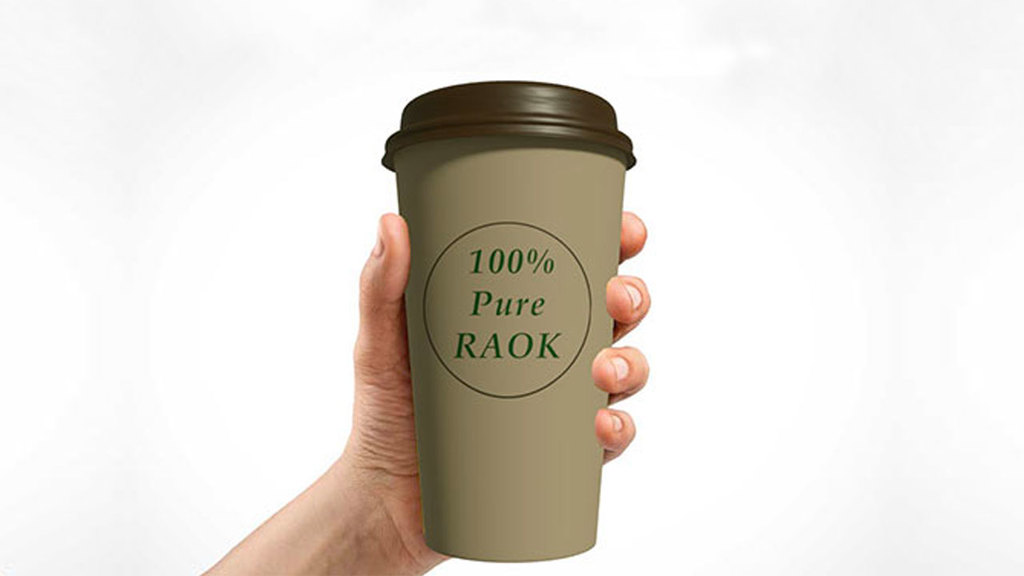 The Big “OK” in RAOK

No, I don’t mean the breathing, eating, and watching cable TV part of living. Rather, I want to discuss the slightly more profound part of how the hell we’re living our lives. You see, I truly believe that living a good, healthy, and in-control diabetic lifestyle starts with a general desire to be a better us.

But in today’s tense, clashing electronic world where true identity is often lost in an abundance of avatars, it can be a real challenge to always put the best of us out there. With sharp political division, radically contrasting ideologies, and people viciously attacking one another with snarky, nasty tweets, it’s easy to get sucked into the battle, waging a vicious war against all dissenters that obscures the humanity behind the hashtag.

As a father, I sometimes wonder what the future holds for my kids who are going out into a world that is so different from the one I grew up in. I’ve worked hard to instill a sense of community, a recognition of their fellow man as brother, and the virtues of compassion, courtesy, and kindness. I pray that foundation will give them the strength of character to take on whatever challenges they encounter.

But then I click on Yahoo and I lose my faith. Story after story leads me down a path of dark contemplation and has me wondering if we are regressing as a people. Has society peaked and we’ve seen our best days? Have Kardashians and clickbait become the new food of our souls? It really gets me down sometimes.

Despite my musings, every once in a while something happens that restores my faith in mankind, and my spirit is renewed and ready to wage my own gentle war for a better tomorrow.

Last weekend, my 8-year-old son Nicholas’ baseball team was playing in a tournament in Rockwall, Texas. After eking out a win in our first game on Sunday morning, we had a short break before our next game. Since it was lunchtime and I hadn’t packed much (ok, anything) that was healthy, we decided to go grab a quick bite.

I didn’t know the layout of the town we were in, so it took me a few minutes to find a decent place to eat. With the clock ticking, we downed our burgers faster than an 8-year-old can run from 1st to 3rd and started our drive back toward the field. We didn’t get far when out of the corner of my eye I spotted a 7-Eleven—suddenly I realized that I desperately needed a large cup of coffee. The wind had made the morning game a little chilly, so I figured that adding some coffee to the cheeseburger would help me make it through the next game.

I zipped into a parking spot, and Nick and I headed for the coffee station. When we got there, I saw about eight coffee pots, each of which contained about one cup of coffee. The store clerk was only about five feet away doing some cleaning since there were no other customers, so I got his attention and asked if he knew which pot had the freshest remains? He said he didn’t know, but that he would make a fresh pot for me.

I quickly responded that we were short on time because Nick was due back at the field. The clerk assured me that it wouldn’t take long, and as anxious as I was to get going, I really didn’t want to walk out of the store empty-handed.

While the coffee brewed, Nick and I walked around the store as I nostalgically explained how the $1.49 candy bars were only 30 cents when I was his age. We homeschool our younger kids, so we look for teaching moments at every opportunity. I really wanted to launch into a lecture on the effects of inflation on capital markets and the middle class, but we were short on time and, well, he’s only 8.

As promised, the coffee was ready in a flash. The extraordinarily helpful clerk called me over once the pot was about half full, and he swapped it out mid-stream, so I wouldn’t have to wait any longer. While I was doctoring up my drink with a lot of artificial this and that, a few customers walked in and built a short line at the checkout counter.

I got the lid firmly on my large 20-ounce cup and headed to the back of the line. Right as I got behind the last customer, the clerk raised his hand and motioned for us to go around them. At first, I thought he wanted me to cut in front of everyone. Then, he made it very clear that the coffee was on the house.

“You’ve got to get him to the game,” he said, smiling at Nick.

I was really caught off-guard as I stood there in disbelief. I reached into my pocket to pull out some money, but the clerk interjected:

I thanked him two or three times as we walked to the door. As I pulled out of the parking lot, I looked through the glass façade of the convenience store and saw the clerk happily waiting on the store’s patrons who had been ahead of me in line. I felt my eyes begin to well up as I considered the random act of kindness (RAOK) performed by this clerk and the human compassion he showed me and my son.

Nick and I and the cup of coffee all made it to the field just in time. Nick’s team won that game and the two games that followed. The final game was the tournament championship.

I’m writing about this today because I just can’t stop thinking about it – partially because I wonder if I would have done the same had I been in his shoes. The clerk didn’t know me or Nicholas. We were just two customers like the two or three-hundred he would see that day. After making the coffee, he could have said, “I’ve done enough for you, pal. Wait your turn in line like everyone else.” I mean it really wasn’t a long line, and it wasn’t like the customers had large baskets of groceries. We probably could have made it through in a couple of minutes. But this clerk realized the importance of those minutes to us in his simple act of goodwill.

What really struck me was that there was something wonderfully genuine about this man. The only thing compelling this clerk to act as he did was his character. The understanding tone of his voice, the compassionate look in his eyes, and the certainty in his command were clearly the projection of something beautiful in his heart. That heart recognized a father and his son in a slight dilemma, and he embraced the opportunity to offer assistance. Whether you want to call it the golden rule, the second great commandment, or a random act of kindness, it was perfect.

Why does something like this stand out so much? Logic tells me that it shouldn’t. Goodness, courtesy, and caring should all be fundamental elements of our human interaction. But it feels like we’ve lost the ability to see the value of virtue. We plow through each day doing what we must to survive and those who come too close are perceived as obstacles, not people. Our introspection moves from self-reflection to selfishness as we lose our sense of community and our part in a much bigger picture.

I really got to thinking about this turn we’ve made a few years ago when Kelsy and I became victims of some very unkind and discourteous behavior. I really wish I could tell the story here, but just suffice it to say that it was an ugly situation that was rooted in the deepest levels of selfishness. It was a situation that could have been resolved with a short conversation and a simple effort to see the impact of one’s actions. But that didn’t happen. Why? What direction are we moving?

The only way to turn the tide is through action. It starts with us. Today, as you’re pursuing your daily agenda, keep your ears and eyes open for the opportunity to bring a smile to someone’s face or make their day just a little better. Sometimes, just a simple, kind word that shows recognition of the other person as something other than customer, co-worker, or passerby can work wonders. Before becoming good diabetics, let’s become good people. Embrace your ability to effect change in our world. I know you can do it. I know we all can do it. We cannot peak now—our best is yet to come.