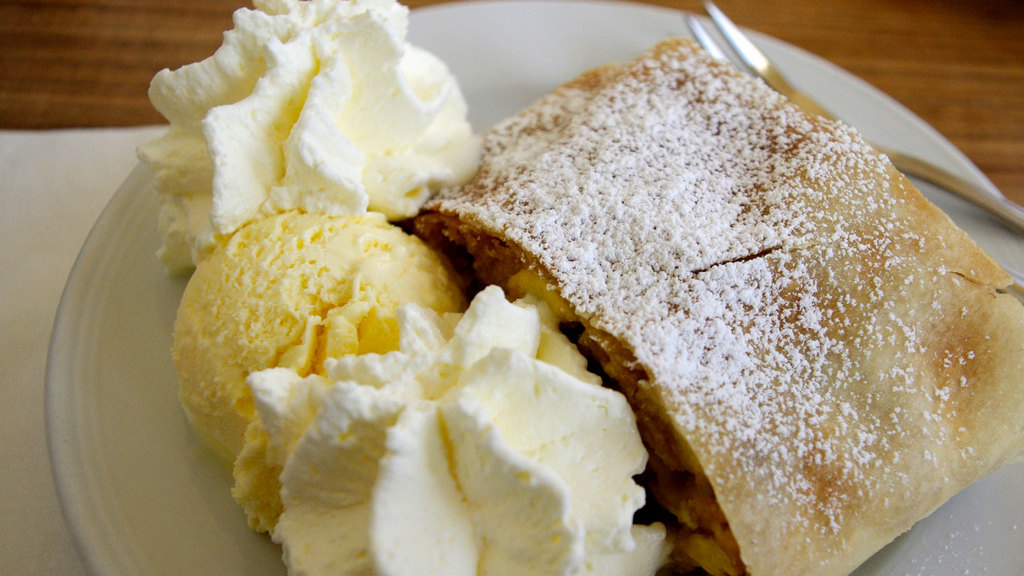 The hills are alive—and so are random acts of kindness!

Indulge me for a second while I tell you a bit about how excited I was to go to Salzburg. I'm a huge fan of the movie "The Sound of Music," and Salzburg has been on my list of places to visit for a long time. Ever since we'd left for the trip, I kept telling my travel companions, "That was great, but you know what I'm excited for? Salzburg." So about a month and a half into our trip when we got to the city where my favorite movie was filmed, I was ecstatic. We'd probably been to a dozen countries at that point, but the excitement for arriving in a new place was still alive.

I'd signed us up for a tour specifically geared toward stopping at the sights where "The Sound of Music" was filmed. We were in a small tour group of just eight people, and we hopped into a van with our sweet, Austrian tour guide named Hubert. I had high expectations for the day. When I was a toddler, I watched "The Sound of Music" almost every day. I dreamed of seeing the Von Trappe house and the lake where the kids fell in when their father came home and the pavilion where Captain Von Trappe proposed to Maria and the garden where they sang "Do Re Mi." I knew it was going to be a great day—but I didn't realize the people we met would make the day a hundred times better. 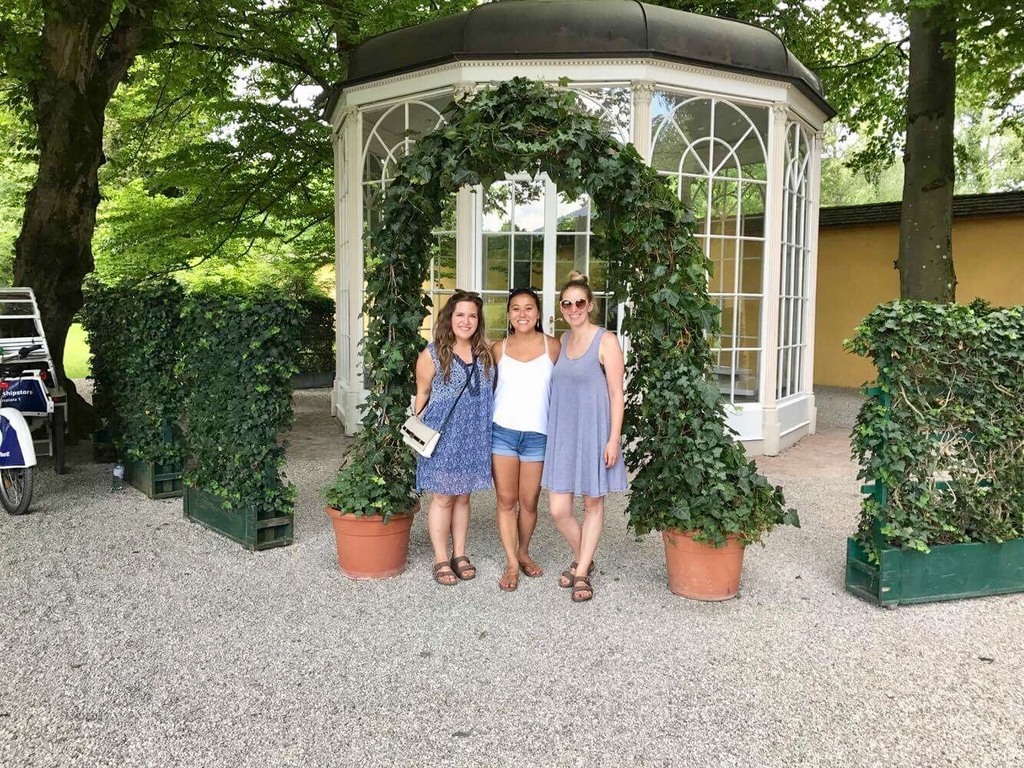 "The Sound of Music" gazebo 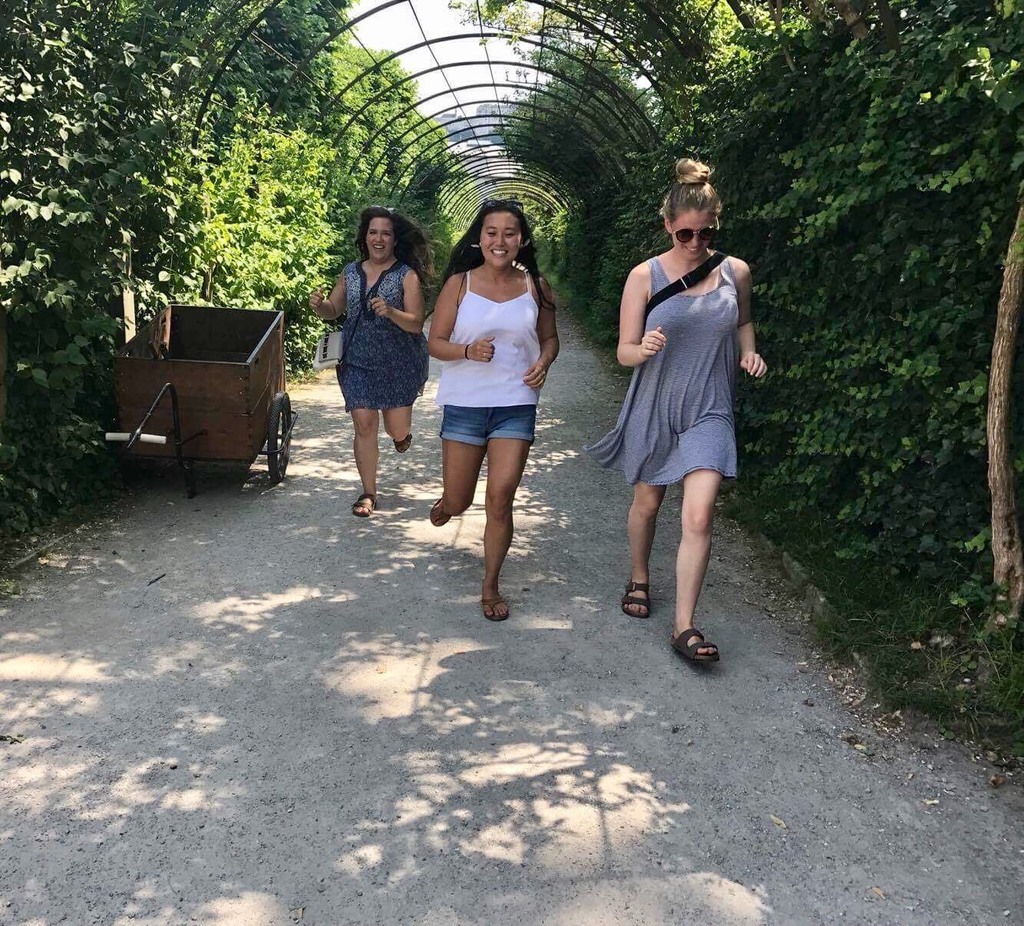 Running through where "Do Re Mi" was filmed.

MK and Rachel were a rambunctious pair. Rachel had seen a lot of Europe, but MK hadn't. It was her first time on the continent. They'd been to Italy and stopped in Salzburg for a couple of days for a change of pace. That's how they ended up in our van. MK is a professor and kept referring to myself and my two travel companions as "the scholars" because she was so proud to hear we'd just graduated from our universities. Both of them were celebrating birthdays this summer, but the trip was specifically for Rachel's birthday. Throughout the four-hour tour, we got to know each other well and they offered to buy us beer when we stopped in the small town of Hof, right on a lake nestled in between mountains (it's a picturesque area in the opening scenes of "The Sound of Music"). It was a small, but sweet gesture—all of us in the group sipped on our beverages and chatted about the beautiful scenery. 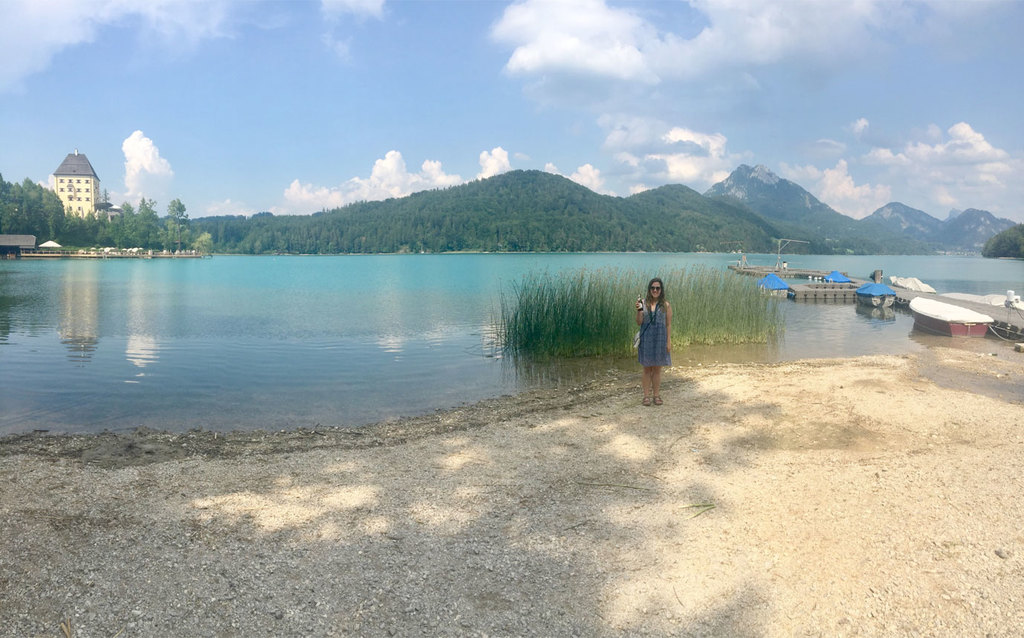 Enjoying the view with the beer MK and Rachel bought me.

So during our next stop, I decided to Pay It Forward. I bought them a pastry—an apple strudel, which is a common one in Austria—and gave it to Rachel as a small 40th birthday present. To me, this story is a great example of how small acts of kindness can make someone's day and how paying it forward can be just as rewarding as being the catalyst. 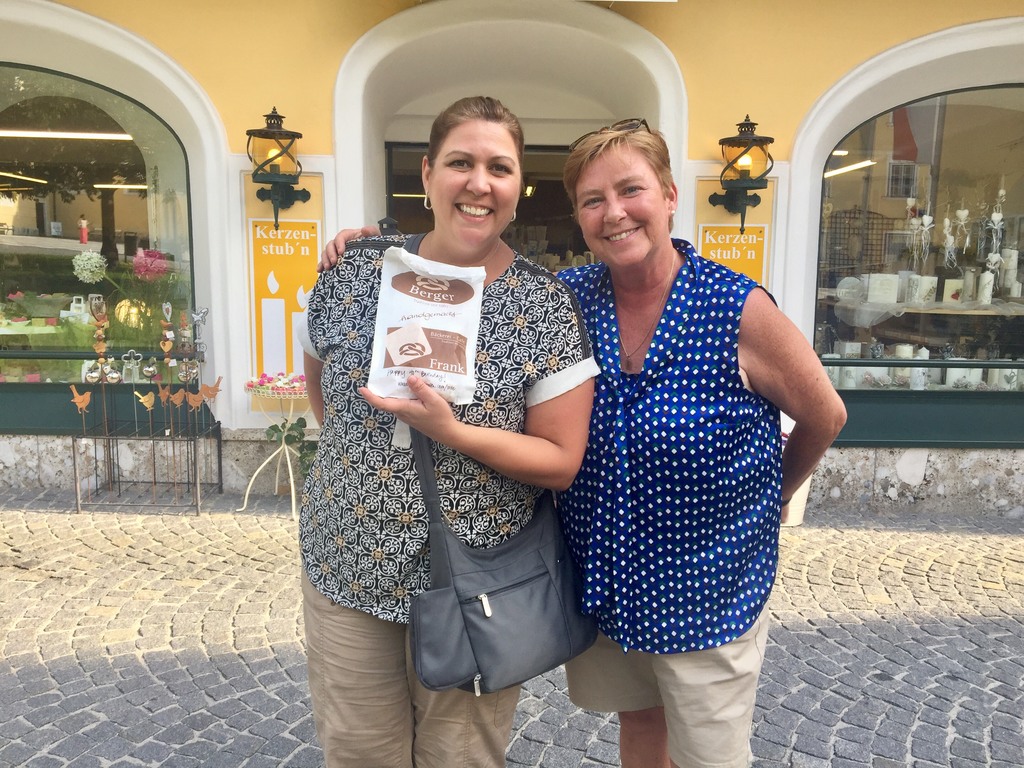 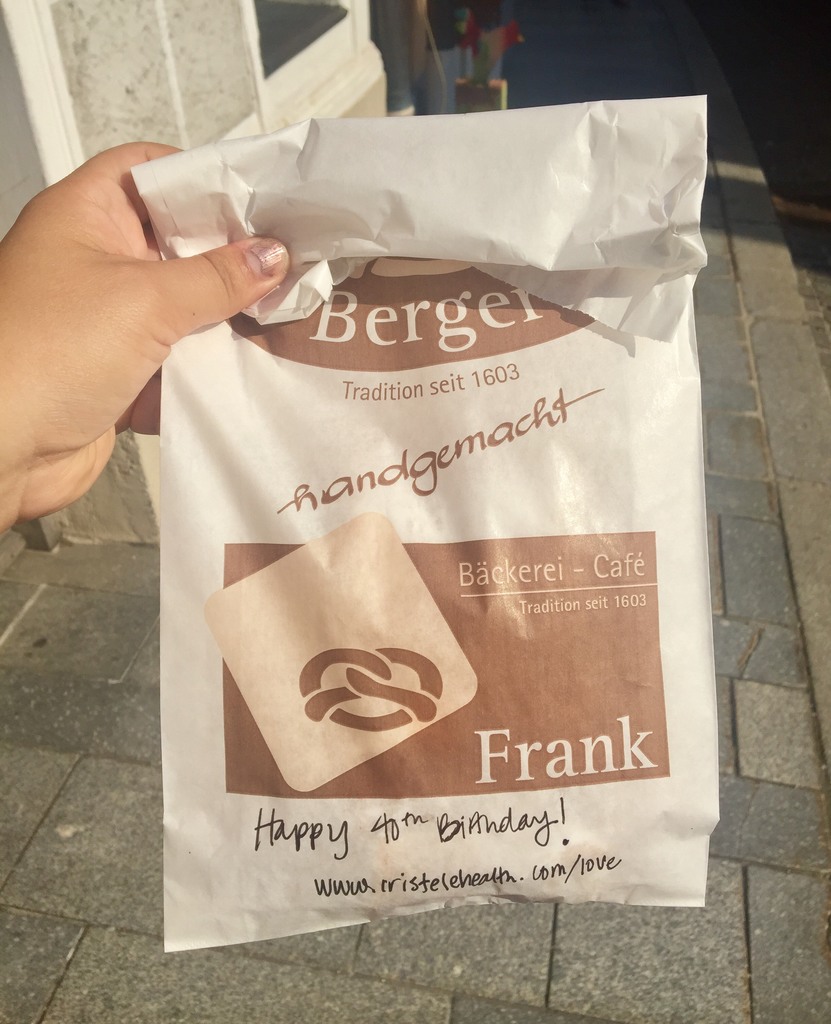 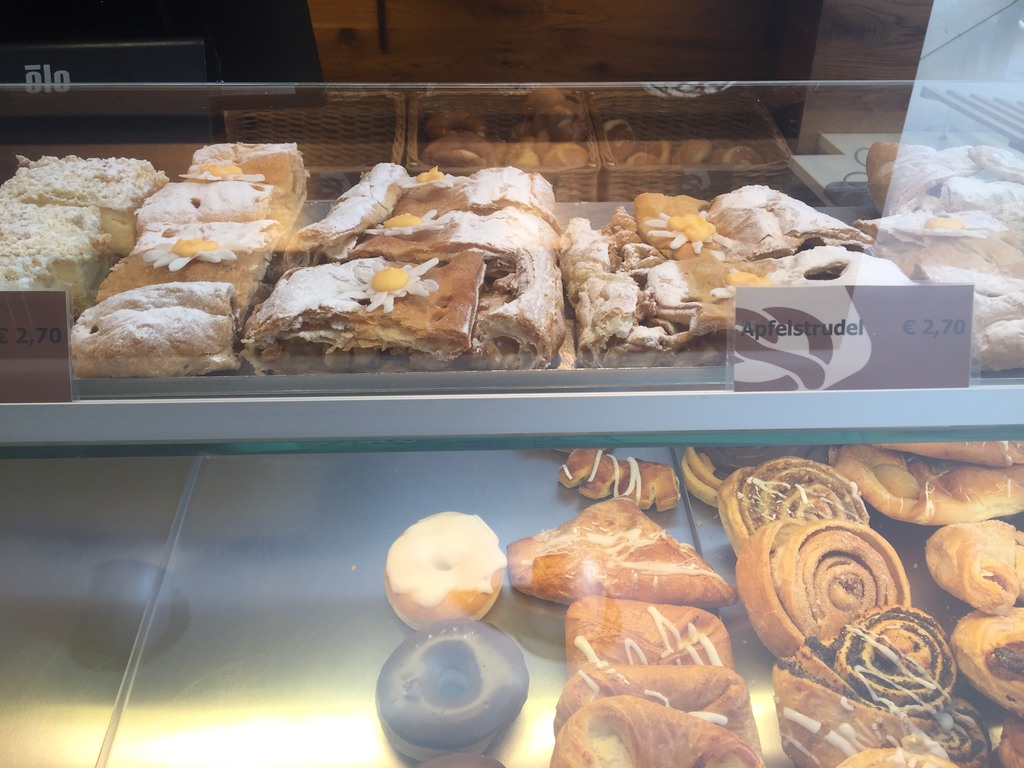 When I gave them the strudel, they profusely thanked me.

"Well thank you for treating us all to beer!" I responded.

"It's no problem. We love doing stuff like that because we tend to find that what goes around, comes around," MK said with a twinkle in her eye.

But that's not the end of the story! Here's the best part: A few days later, we all unexpectedly ended up in Munich and ran into each other at the Dachau Concentration Camp Memorial. The world is a small place!