Last year I decided to tell my family that I didn't want or need anything for my birthday, except that they think of a way to share a kindness in their world in my honor. My two adult children and my husband all did something different and wonderful.

During the week of my birthday, my husband, a teaching golf pro, went to the café on the golf course and told a waitress that he wanted to anonymously pay for the breakfast of a military family. First the waitress started crying, saying it was her last day at work there and this had never happened. When the family finished eating, the waitress told them their bill had been paid. The mom started crying and the dad stood up trying to see who might have done it, but my husband was outside watching the whole thing. He told me he had such a wonderful feeling in his heart, but that it wasn't nearly what he would have spent for my birthday gift so he would need to do it a few more times!

My son bought gift cards at the local coffee café and gave them to his 4-year-old daughter. She picked people in the line to hand a gift card to, telling them that she wanted to give them a cup of coffee because it was her grandmother's birthday. A dad said he never would have thought to include his little girls in something like this. He said he was going straight home to tell them about it so they could make a similar plan with all of his daughters included.

My daughter was on a tighter budget so she spent the week smiling more at people, being gentler, giving up an excellent parking spot, and letting someone in front of her at the market. She said she just took the time during my birthday week to slow down a little and show kindness to strangers and co-workers.

When we all got together for Mother's Day and my birthday, everyone was in tears as each person shared what they had done. This was the best birthday ever!! 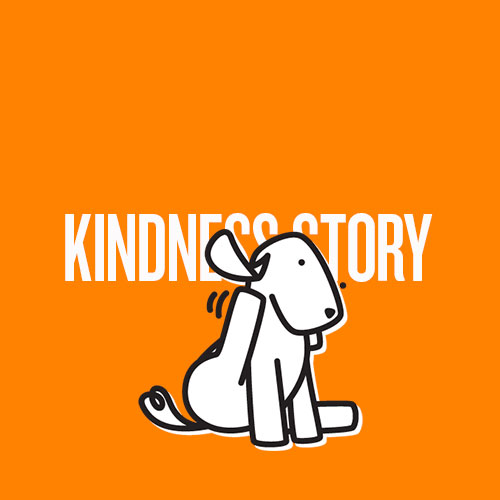